A world record fundraising event is one of the best fundraising ideas ever because it provides an appealing challenge that everyone can get excited about. By attempting to set a new Guinness World Record with your fundraising event, you practically guarantee that your event will be newsworthy and attract a huge number of participants.

In addition, going after a world record makes the fundraising efforts easier as well. Its easier to get corporate sponsors since they love the publicity received and its also easier for individual participants to fundraise because of the event’s high visibility.

That’s not to say that individual pledge getting isn’t important as well. The top individual fundraising participant in the 2012 London Marathon raised 2.3 million pounds in donations or roughly $3.4 million dollars. So, if you want your event to raise a lot of money, then you must set a high bar in expected pledges.

Of course, you still must focus on getting media coverage for your world record attempt and you must use social media publicity efforts to get the word out. Once you get the viral publicity ball rolling, your fundraising event will begin to promote itself through news media coverage and through the individual fundraising efforts of your participants.

Well, unique fundraising ideas are your best bet and more specifically, unique ideas that are really fun to attempt and will appeal to a wide range of people. Think of ideas like the largest number of people to dance Gangnam style simultaneously. Or, the largest scavenger hunt in the world as documented by pictures and video clips.

Note: The current scavenger hunt world record involved 14,580 people competing in 970 teams to find or create 151 different items such as getting a photo of women posing on classic cars wearing nothing but cheese.

You can get inspiration and come up with some amazing ideas simply by viewing existing world records at the Guinness World Records website. Just remember to think big and think fun!

And, getting an observer for your attempted world record fundraising event is actually pretty straightforward. You sign up here at their website by providing contact information and details of your attempt. They do charge a fee for adjudication, but its proportionate to the size of your event and the actual expense of verifying the attempt.

Are you ready to fund raise? Then stay calm and go for it with a world record fundraising effort. 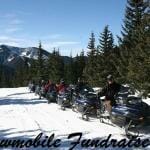 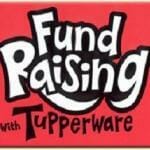 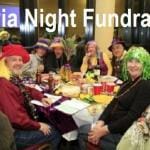