A squirrel hunting fundraiser for the Holley Fire Department in western New York has drawn heat from politicians and activists over its Squirrel Slam theme. Dubbed the Hazzard County Squirrel Slam, the fire department fundraiser’s stated goal is for two-person teams to compete to bag the five heaviest squirrels in order to win cash prizes ranging from $50 to $200.

Besides the cash prizes offered by the fire department’s hunting fundraiser for the heaviest squirrels brought in, there are also several guns offered as prizes, including a semi-automatic AR-22 rifle. The fundraiser’s website does note though that “substitutions on guns may be necessary due to federal/state gun law changes.”

The 7th annual Hazzard County Squirrel Slam is held in Orleans County – the name plays off the old Dukes of Hazzard TV show – in a heavily wooded area north of Rochester, New York where squirrels are abundant. Most of the vocal opposition to the squirrel hunt seems to be coming from the more urban areas of the state.

State Sen. Tony Avella, a Democrat from Queens, was joined by several animal advocates at the Capitol on Monday to denounce the hunting event. Among them were Peter Muller of the League of Humane Voters of New York and Edita Birnkrant, the New York state director of the nonprofit group Friends of Animals.

Senator Avella seemed upset by the event offering a 14-and-under category for prizes. He told reporters, “A poor little squirrel getting a nut and probably coming up to the individual to try and be friendly — and then the kid pulls out a gun and shoots it.”

“I understand that hunting is an important thing for upstate New York and is part of the culture,” Avella added, “but this goes way beyond that — it’s just insane.”

I’m not sure how this is so different from the machine gun fundraisers used by many politicians in the last few elections. They offered their supporters a chance to shoot the big .50 caliber machine guns used by the military. So, I guess maybe they really do feel bad about the squirrels then. 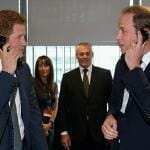 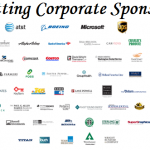