The Romance Writers of America is holding their 2013 literacy fundraiser at the Atlanta Marriott Marquis on July 17, 2013. Over 450 romance writers will be there to sign their books for fans, including best-selling authors such as Nora Roberts, Sylvia Day, Brenda Jackson, and Jude Deveraux.

The RWA literacy fundraiser is a rare chance for the fans to meet their favorite authors and help raise money for a good cause. The Romance Writers group is asking fans to raise money for literacy by purchasing books at the event instead of bringing books from home to be signed.

The RWA has been holding the annual literacy fundraisers since 1990 and have raised over $775,000 to help combat illiteracy. Literacy groups to benefit from this year’s mass book signing include are ProLiteracy Worldwide, Literacy Action, Inc., and Literacy Volunteers of Atlanta.

The 2013 “Readers for Life” Literacy Autographing event is a great literacy fundraiser idea and is open to the public. Fans are advised to get there early as long lines form for some of the most popular authors.

The literacy autographing sessions runs from 5:30 p.m. to 5:30 p.m. and will be held in Atrium Ballroom A–C (Atrium level) of the Atlanta Marriott Marquis. The fundraiser is part of the annual meeting of the Romance Writers Of America. 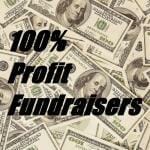 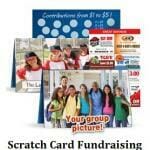