Red Nose Day is the main way in which Comic Relief raises money. It is held in the spring every other year and is often treated as a semi-holiday, with, for example, schools having non-uniform days. The day culminates in a live television event on BBC1 starting in the evening and going through into the early hours of the morning, but other money-raising events take place. 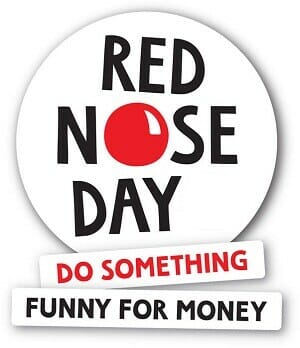 As the name suggests, the day involves the wearing of plastic red noses, which are available, in exchange for a donation, from many shops. There are also larger noses designed to be attached to the fronts of cars or even buildings. The design of the nose has been changed each year, beginning with a fairly plain one, which later grew arms and legs, turned into a tomato and even changed color. See the table below.

The first “Red Nose Day” was on 5 February, 1988, and raised 15 million. The TV show was hosted by Lenny Henry, Griff Rhys Jones and Jonathan Ross. More than 300 million has so far been distributed to projects by Comic Relief.

The television programming begins in the afternoon, with children’s BBC having various related reports, money-raising events and a celebrity gungeing. This is all in-between the regular programs, but after the six o’clock news, the normal schedule is suspended in favor of a live show, with each hour overseen by a different celebrity team. These celebrities do the work for free, as do the crew, with studio space and production facilities donated by the BBC.

Regular themes throughout the shows include parodies of recent popular shows, films and events and specially-filmed versions of comedy shows. Smith & Jones and a parody sketch starring Rowan Atkinson are both regularly featured – the first being Blackadder: The Cavalier Years (1988).

In 2001 the total raised on Red Nose Day was 61,000,140. As well as donations on the night of the TV show money is raised from countrywide sponsored events and from merchandising, particularly of the red noses themselves. In 2001 5.8 million red noses were sold, approximately one each for 10% of the UK population.

Jack Dee won Celebrity Big Brother. This is the only day on record nobody committed suicide in the UK between 1993 and 2002, according to the BBC.

The 2003 “Red Nose Day” was held on March 14, 2003. The fund raising activities included Lenny Henry providing the voice of the speaking clock between March 10 and March 23 with the cost of the call going to Comic Relief. On the night of the live show itself, 35m was raised, an on-the-night record. A total of 61,477,539 was raised that year, setting a new record.

Jack Dee stood outside at the top of a pole for the duration of the show, parodying the acts of David Blaine. Celebrity Driving School lead up to the event, with the test results announced during the telethon: they all failed.

The 2005 Red Nose Day was held on March 11 and was hosted by a collection of television stars.

The 2005 event was also noteworthy for supporting the Make Poverty History campaign – many of the videos recorded for the MPH campaign (including videos by Bono and Nelson Mandela) were shown throughout the evening. Over 63m was raised as of November 2005.

As usual a variety of specially-filmed versions of television shows were made. Popular BBC talent show Fame Academy was attended by celebrities singing cover versions of songs. Viewers voted for their favorite, with the proceeds going to the cause and the celebrity.

Types of nose and amounts raised by Comic Relief

Source notes. The ‘amount raised’ figures from 1988 to 1999 are taken from. The description of noses was obtained from a history of the nose.

In April 1986 the first Comic Relief charity single was released. It featured Cliff Richard and the cast of The Young Ones in a rendition of “Living Doll”.

Some of the money raised from the sale of each single is donated to Comic Relief. Normally a song is released just before the official Red Nose Day. There have been exceptions, such as “(I want to be) Elected” which was released to coincide with the 1992 UK general election.

Before 1995’s song, they were all more-or-less comedy records, mostly involving an actual band or singer and a comedy group. From 1995 on they have been generally more serious, although the videos still feature comical moments.

“Is This the Way to Amarillo”, though released expressly with the intent of proceeds going to Comic Relief, was not an official Comic Relief single. The song was originally performed by Peter Kay (lip-synching to Tony Christie’s voice) during the evening, and was later released as a single. It was the number one single for seven weeks, and in its first week it outsold the rest of the top 20 combined.

Similar events outside the UK

In the United States

Inspired by the British charity, a United States Comic Relief charity was founded in 1986 by Bob Zmuda.

Comic Relief is an irregularly held event, televised on HBO, that has raised and distributed nearly $50 million toward providing health care services to homeless men, women, and children throughout the United States. Comedians Robin Williams, Billy Crystal, and Whoopi Goldberg are hosts of the event.

In 1988, the Red Nose Day concept was adopted by the SIDS and Kids organization to help raise funds for research into sudden infant death syndrome. Since then, Red Nose Day in Australia is held annually on the last Friday of June.

Following a campaign encouraging people to buy articles such as red wristbands, the first telethon-style event was held on November 6 2005 on the Seven Network. It followed the established format, with comedy interspersed with examples of the sorts of charities to benefit. According to its website, this raised over AUS $800,000. 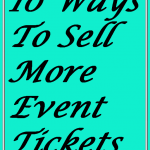 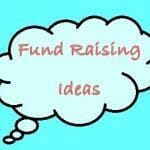 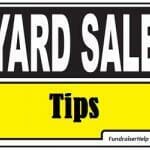