One of the best fundraising letter tips is to segment your donor list. Why? Because you need to write differently to your main donor categories so that you can measure your response rates and improve your results.

After all, it makes no sense to say the exact same thing to a brand new donor that you say to your longtime donors. By segmenting your mailing list into five main categories, you can craft a better appeal letter for each donor group.

In the article below, fundraising consultant and master copywriter Alan Sharpe explains why you should segment your list before mailing your next fundraising letter.

I was 44 years old, about to adopt my second child, and was sitting in my lawyer’s office, looking over his updated draft of my will.

Everything looked fine except for one small mistake. Throughout the document, he referred to me as Neil Sharpe. “I, Neil Sharpe, being of sound mind and body, do declare this to be my last will and testament.”

Well, it certainly was my last will and testament using that lawyer, because my name is not Neil. The will he drafted was invalid. It would never have worked after my death, or Neil’s death, for that matter.

Your fundraising letter can flop just as badly with your donor if it sounds as though you don’t know her. The same letter mailed to every donor in your database can’t help but sound generic and impersonal. The same letter that thanks current donors for their support sounds silly when addressed to someone who hasn’t given a donation in three years.

So if you’re a direct mail fundraiser and you want to increase your response rates or gross revenue, invest in some simple letter personalization. Invest in simple letter changes that show your donor that you know him. The more personal you make your letter, the more likely your donor is to read it, believe it, and respond.

The easiest way to personalize your letter is to segment it into donor groups. There are five main donor groups: new donors, current donors, lapsed donors, monthly donors, giving-circle donors.

A new donor is someone who has just given her first gift, and has never given before. In your letter, acknowledge that the donor is new. Thank her for that first gift. Thank her for joining a group of like-minded people (your other donors). Welcome her.

A current donor is someone who has given a donation during the last 12 months. So acknowledge that. You can refer to his “recent support,” or “continued support.’ Or you can even mention that you are grateful for his most recent gift, received on “such-and-such a date.”

Let a lapsed donor know that you miss her support. Don’t speak to her as a current donor. Don’t say “your recent gift is changing the world,” because it isn’t. It was spent long ago. The secret with lapsed donors is to say you miss them rather than their money. “I haven’t heard from you for a while” sounds more personal and friendly than, “Neil, you haven’t made a gift in over two years.”

No need to tell you what a monthly donor is. But donors who give a gift every month are usually excluded from your regular appeal letters, so if you are writing them, asking for a special gift, let them know that you know that they already support your charity with an automatic gift every 30 days. Show your gratitude for their regular support. Acknowledge that you are asking them to make an extra, special gift above and beyond their regular monthly one.

If you have a mid-level donor program or a giving circle for donors who donate above a given level (the President’s Circle for $1,000 donors, for example), then these donors will be especially offended if you don’t acknowledge their membership. So do. Enough said.

Here’s how you do it:

Dividing your letter into four segments is easy. Simply write the letter, then reserve a paragraph on page one where you speak to each donor segment individually. Personalizing page one of your letter, but leaving the following pages generic is the cheapest way to personalize.

Then give your lettershop the text for your letter, show where the variable paragraph appears, and supply four paragraphs of text to go into that place in the letter, a different paragraph for each donor segment.

Personalization works
I once worked at a national charity. I turned their generic fundraising letters into personalized letters that spoke to each donor individually, and showed the donor that the organization knew who they were. My executive director, who signed all the letters, began receiving all sorts of mail and phone calls from donors, thanking him for his letters. As he traveled the country and met with donors, he heard the same refrain: “Thank you so much for your letters. They sound like they’re written just to me.”

Which isn’t surprising, since they were.

Five Fundraising Letter Tips – When writing a fundraising letter, there are five things you should do to get more donations. These 5 tips for writing fundraising letters are all about communicating directly with your reader in an engaging manner that captures their interest.

Fundraising Letters That Work – To write fundraising letters that work, the writer needs to tell a story that connects with the target audience. The best way to do that is by telling the story in the first-person, so that prospective donors can experience the need that your non-profit addresses with its support and services.

Better Fundraising Letters Tell Stories – The best fundraising letters tell stories that pull the reader in and describe how lives have been changed for the better. Storytelling will help you raise more funds, but there is a format you should follow.

Give Donors What They Want – The secret to getting donations for your non-profit is to give donors what they want. People give to causes to make a difference in others lives. And what donors really want to know is how their donation will help people. 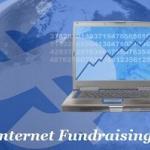 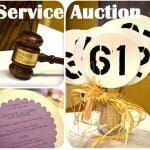 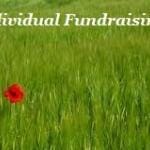