What qualities or characteristics separate the fundraisers who succeed from the ones who fail? Who better to ask than the top donors who give the most money to the largest nonprofit organizations in the world?

Paul is not just describing his own experience as a nonprofit donor. He took the time to personally interview 30 other major donors to find the common qualities possessed by a successful major gift fundraiser.

From the Donor’s Perspective: Why Some Fundraisers Succeed While Others Fail

In order to get their valuable perspectives on fundraising, I interviewed more than 30 donors of the highest caliber who have given millions and millions of dollars to various charities, ministries, and organizations. I asked them why some fundraisers succeed while others fail.

These are the qualities and characteristics the donors felt made successful fundraisers:

Sincere relationship — Above all, successful fundraisers are sincere.

Knowledge of their charity — Successful fundraisers are well informed.

Clearly defined goals — Successful fundraisers clearly state the mission, needs, and opportunity a donor has to help accomplish the mission.

Assurance of cost effectiveness — Successful fundraisers show donors that their money is doing what was promised.

Credibility — Successful fundraisers use donors’ funds for the intended purpose only.

Passion — Successful fundraisers believe in their cause so much that they contribute to it themselves.

Common interest — Successful fundraisers find donors who are interested in their mission.

Enthusiasm — Successful fundraisers are enthusiastic about their cause.

Gratitude — Successful fundraisers must have an air of gratitude, no matter the amount of the gift.

Persistence — Successful fundraisers are persistent without being offensive.

On the other hand, these are the qualities and characteristics the donors felt made fundraisers fail:

Lack of personal relationship — One of the most common reasons that fundraisers fail is that they haven’t established a relationship with the donor.

Negative characteristics portrayed — If something is said or done that runs up the “red flag” for the donor, the fundraiser will most likely fail.

Lack of sincerity and belief — Failure comes when fundraisers are not sincere and do not have a strong belief in their charity.

Poor communication — Failure is imminent for fundraisers who do not communicate, including communicating about the charity and keeping in touch with the donor.

Lack of clear goals — Fundraising without clear goals leads to lack of balance and action.

Perceived ungratefulness — Fundraisers who fail rarely give donors a personal thank-you for their gift or else they use it as a steppingstone to the next request.

Lack of knowledge — Fundraisers fail because they cannot answer the questions that donors ask.

Inaction — Many fundraisers fail because they are not getting the message out to enough people.

Wastefulness — Fundraisers fail when they do not spend the donors’ money wisely.

Lack of interest — Fundraisers who fail seldom do the homework necessary to know if the prospective donor is even interested in the charity.

Inappropriate appreciation — Unsuccessful fundraisers don’t take the time or care to find out how their donors expect to be appreciated.

Forgetting the obvious — If a fundraiser does not leave a donor with all the necessary contact information, the donor cannot give.

Wasting time — Prospective donors do not appreciate when fundraisers are insensitive to their time and schedule.

Having a donor’s perspective can help make the difference between success and failure as a fundraiser!

About the Author
Paul J. Meyer is a New York Times best-selling author, successful entrepreneur, and a millionaire many times over. His life-long passion is helping people develop their full potential in business and leadership through tried and true methods of achieving success. Visit www.pauljmeyer.com for more resources.

The Art Of The Ask – No matter what type of fundraising you are doing, you have to do “the ask”. The Art Of The Ask varies depending on how you’re raising funds – in person, online, in an appeal letter, or in an email – but it all comes down to getting people to donate money to your cause.

Give Donors What They Want – The secret to getting donations for your non-profit is to give donors what they want. People give to causes to make a difference in others lives. And what donors really want to know is how their donation will help people.

Better Fundraising Letters Use Storytelling – The best fundraising letters tell stories that pull the reader in and describe how lives have been changed for the better. Storytelling will help you raise more funds, but there is a format you should follow. Your donation letter should describe what someone’s life was like before something bad happened to them, what their life became before help arrived, and then what things are like for them now that help has arrived. 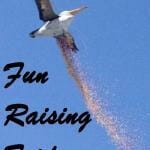 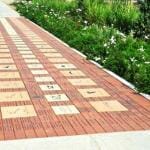 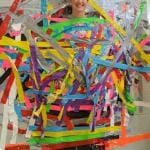