Fund raiser Susan Taylor, 34, died during an attempt to swim across the English Channel to raise funds for Rainbows Hospice and Diabetes UK. Taylor had been swimming non-stop for 17 hours and was only a mile from completing her fundraising challenge by reaching the French coast in Cap Gris-Nez near Calais.

Susan Taylor became the second person to die while raising funds by attempting to swim across the English Channel. Irish swimmer Paraic Casey, 45, died while attempting to swim the Channel in July of 2012. Mrs. Taylor was an experienced long-distance swimmer and had been training daily for her Channel crossing attempt for more than a year.

Their deaths serve as a reminder that extreme fundraising challenges carry extreme risks for even the healthiest people. Marathon swimming sessions in open water can eventually exhaust all the body’s energy stores and upset the balance of electrolytes in the blood, causing heart arrhythmia and cardiac arrest.

Mrs. Taylor’s husband was on her support boat along with her brother David, who is a trained paramedic. Despite immediate treatment by her brother and a medivac flight by helicopter to a hospital in Boulogne, doctors were unable to save her.

On her Virgin Money Giving fundraising page, Mrs. Taylor said she was taking on a challenge ‘tougher than Everest’.

She said on her page: “I am self-funding the swim so every penny donated will go to Rainbows and the amazing work they do. Less than 1,000 people have completed the 21-mile cross-Channel swim, whereas over 3,000 have conquered the world’s tallest mountain.”

“Only one in ten people who train for the channel actually complete it. As part of the challenge you are not allowed to wear anything that aids buoyancy or warmth. However, I will be accompanied by a support boat to ensure I stay out of trouble.”

Rainbows Hospice is dedicated to providing end-of-life care for children and young people.

Rainbows chief executive Geoff Ellis said: “Susan was a wonderful woman who would do anything for anybody. She has been a much loved ambassador at Rainbows for over two years, helping out at events and tirelessly fundraising for us”

“She was more than an ambassador; she was part of the Rainbows family.” 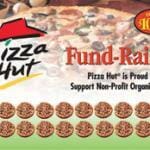 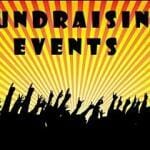 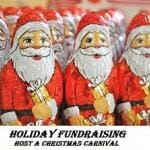