Time for this month’s edition of Fun Raising Friday – a look at 10 fun fundraiser ideas from across the country. These events definitely put the fun in fundraising!

These fun fundraiser events are ideas that will work for any group. The whole idea of Fun Raising Friday is to gather lists of fun fundraiser ideas that are easy to do and will raise a lot of money for your own cause.

County Sheriff Roasted At Fundraiser – Sheriff Richard Wiles of El Paso County, Texas was roasted by the district attorney, a fellow lawman, and a local comedian, but it was all for a good cause. The Sheriff’s roast was a fun school fundraiser that raised $10,000 to help fund college scholarships for local teens while everyone, including the Sheriff, had a good time.

Police Beard Growing Fundraiser – Police officers in Hudson, New Hampshire are growing beards to raise money for the Special Olympics. The officers dubbed their fun fundraiser “Donate To Insulate” because the second part of their fundraising activity is the Special Olympics’ annual “Winni Dip” at Lake Winnipesaukee on March 8 where a large hole is cut through the ice for the officers to take the plunge.

Chili Cha Cha Fundraiser – Another fun fundraiser event was a chili cook-off fundraiser to benefit the Capuchin Soup Kitchen in Dearborn, Michigan. Supporters at the sold-out event sampled lots of tasty chili and danced to live music while raising funds with auction items and generous donations from sponsoring businesses.

PJ Fundraiser – Students at Ridgewood High School in Norridge, Illinois organized a fun school fundraiser call “PJammin For Cancer” to raise funds for the American Childhood Cancer Organization. At the Pjammin event, anyone who wanted to wear pajamas at school that day could and donations were a gold ribbon and a gold wristband with the words, “No one fights alone.”

50 Men Who Can Cook Fundraiser – A massive and fun fundraiser event in College Station, Texas, drew 1,300 supporters and raised $125,000 for teacher grants from the College Station ISD Education Foundation. The annual fun school fundraiser collects funds from sponsorships, ticket sales, sales from a cookbook that features all of the chefs’ recipes, and a silent auction and raffle.

Snowfest Fundraiser –  A family fun day at the Williamstown Youth Center in Bennington Vermnt is dubbed “Snowfest”. The fun event costs $35 per family and $5 per child, and families can enjoyed fun fundraiser games such as skating at the local rink, participating in arts projects, using the climbing wall in the field house, playing on an inflatable obstacle course and bounce house, and, of course, trying their cornhole skills to win prizes. Snowfest raised $25,000 to fund afterschool programs for local youth.

And that’s it for this Fun Raising Friday batch of 10 fun fundraiser events. 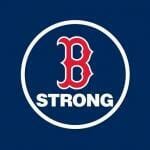 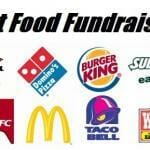 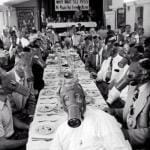