Fun Raising Friday is all about putting the fun back into your fundraising events, so here are 10 fun fundraising ideas that other groups across the country are using to raise funds for their cause. The more fun you can make your fundraiser, the more money you’ll raise because more people will want to attend your event.

Ping-pong Tournament – A non-profit group in Skowhegan, Maine is doing a ping-pong tournament fundraiser with $25 tickets providing all-you-can-eat wood-fired pizza, your choice of beer, wine, or soft drinks, plus music and of course, some serious ping-pong play.

Pop-A-Shot Fundraiser – Sports writer Sam Adams is doing a 24-hour Pop-A-Shot marathon in Denver, CO as an individual fundraiser for the Cure PSP Foundation. He’ll shoot basketballs around the clock in a world record attempt to score 40,000 points that requires taking more than 1,400 shot attempts per hour for 24 hours straight on a Pop-A-Shot machine. Adams aims to raise $40,000 with his basketball shot marathon world record attempt.

Heels For Heroes – Fun fundraising idea featuring a foot race between men in high heels and women wearing combat boots raises funds in Fairborn, OH as part of Fairborn’s 23rd annual Fall Cruise-In and Car Show. Similar to a flamingo fundraiser, nominated participants can either run the race or pay a $25 donation not to run.

Judo Tournament Fundraiser – Four judo schools from different cities in Florida are holding a judo tournament to raise funds for two students who have earned a spot on the Junior National Judo Team that will represent the USA at an international competition in Harnes, France. The event will raise money with admission fees, ticket sales, and raffles along with food and drink sales.

Taste Of The Town Fundraiser – The Arthritis Foundation in Santa Barbara, CA is holding its 32nd Annual Taste Of The Town featuring wines from 40 California wineries and 40 local restaurants. This fun fundraiser is a great way to raise funds for any group and this “Oldest Foodie Fundraiser In Town” is an excellent example of doing it right and growing your event each year into a local tradition.

This Is Me Fundraiser – This “makeup optional” fundraising event raises funds in Toledo, OH for the non-profit group Girls On The Run. A silent auction features makeup-free photos of prominent local women to encourage other women to be proud of how they look naturally. Live music and a signature drink, the This Is Me-tini, will add to the fun at the event.

And that wraps up this edition of Fun Raising Friday. Make all your fundraising events as fun as possible and you’ll be amazed at how much you can raise for your cause. 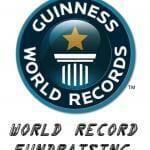 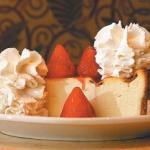 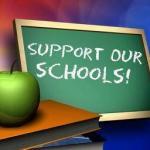