Given that 65% of first-time donors won’t ever give your nonprofit a second donation, should you do a second ask with your thank you letter? The answer, surprisingly, is yes because statistically it’s the right thing to do.

Most donors will tell you that they don’t want to be asked again right away for a second gift, yet 2 out of every 3 won’t give again anyway. The real question is, how many of them will respond favorably to a second ask.

Why is that important? Because a donor who has given a second donation to a group has a 72% retention rate. So, why not begin segmenting your mailing list into those that will and those that won’t give again.

Master copywriter and fundraising letter expert Alan Sharpe explains his own experience with a second asking accompanying a thank you letter in this guest article below.

Should Your Donation Thank-You Letter Ever Ask for a Gift?

I got a big surprise the day I closed my direct mail fundraising consultancy and started working for a national charity. I discovered that my new employer used its gift acknowledgment letters as a way to raise funds. With every donation thank-you letter it mailed to donors, it included a reply device and business reply envelope.

At first, I was incensed. Then, I was embarrassed. You see, for the longest time, I have advocated in my workshops, books, handbooks, newsletter and blog that a charity should never use a thank-you letter as a chance to ask for another gift. Doing so was tacky and alienated many donors, I said.

I held this position largely because of a fundraising consultant and researcher called Penelope Burke. In her book, Donor-Centered Fundraising, which I recommend, Penny Burke presented the findings of her surveys of donors and their attitudes towards giving. Forty percent of respondents to Burke’s surveys said that asking for a donation in a thank-you letter is rude. A further 20% said they would stop giving if a charity treated them that way.

But during my first day on the job in the real world of fundraising, I learned that my employer raised over $150,000 a year with its thank-you letters. Thousands of donors responded to the reply device in their thank-you letters by returning it with a check in the enclosed business reply envelope.

I figure you can see the predicament I was in. Should I stand on my principles or let the donors decide what was rude and what wasn’t? I did the latter. I allowed the charity to continue using their thank-you letters as a way to raise funds.

Donors are a strange bunch. Gather a number of them into a small room for a focus group and they will tell you not to solicit them, however subtly, in a gift-acknowledgment letter. Ever. But do that very thing in their mailbox and they will respond. What donors say they will do and what donors actually do are often two separate things.

So should you ask for another gift when thanking donors for their last one? I recommend you test and find out. Surveys only prove what donors think they will do, or what they think they should do. Testing proves what they actually do. Sometimes the difference between the one and the other is more that $150,000 in net annual income.

Those are my thoughts. What are yours?

Donor Acquisition Strategies – When it comes to acquiring donors through direct mail, there are certain strategies that always work well for most non-profit organizations. The key donor acquisition strategy is, of course, to mail at least one donor acquisition mailing each year. 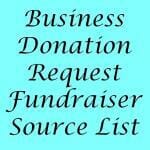 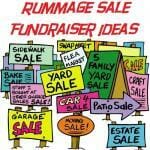