The art of writing effective fundraising donation letters can be learned. I learned it and so can you. Here are eight tips for writing your own donation appeal letter.

Successful fund raising letters share a number of things in common. Once you know what these things are, your letter is already half-way written. Before I share what they are, let me explain what I mean by a “successful” fundraising letter.

Successful donation request letters take the long-term approach, knowing that donors need to be nurtured and educated over time. So here are eight  things that all successful fundraising letters have in common. Include as many as possible in each letter you write.

Be personal
Effective fundraising letters sound as though they are written by a human being, not an institution. Unlike grant proposals or special events, they are person-to-person pieces of communication. With the exception of a phone call, fundraising letters are the closest thing that you can get to a face-to-face meeting with a donor.

Use a conversational tone
Again, unlike grant proposals and charity auctions, effective fundraising letters read like a conversation (though admittedly a monologue) between two people.

Address each person by name
Don’t send form letters to make friends. Friends don’t mail form letters. They send personal letters, letters that are addressed to their friends by name.

Make your case for support in human terms
The best fundraising letters translate institutional needs in terms of people, not programs, remembering that people give to people to help people.

So instead of saying “we need $10,000 for our general fund,” a savvy fundraising letter says “our soup kitchen aims to help over 100 needy toddlers this Christmas Eve, and your gift today will make that possible.”

Use the word “you”
The best-received fundraising letters say “you” more than they say “we.” As Jeff Brooks, senior creative director at the Domain Group, says, “Donors are interested in you because of what you help them do.”

“You are their agent in their personal mission to make the world better. That should be the topic of all your fundraising. Not the inner workings of the organization, the accomplishments of notable others, and not the need for raised consciousness or philosophical buy-in.”

Ask for a donation at least twice
I’ve read letters that were so high-pressure that I kept my donation in my pocket. And I’ve read others that were so vague that I wasn’t sure if the sender wanted my gift–or expected it. In the fundraising profession, we say that if you don’t ask, you won’t receive.

Which is a true statement most of the time, because sometimes you’ll receive gifts unsolicited. But with a fundraising letter, you need to ask for a donation, and more than once in the letter, if you expect to cover your costs.

Inform your prospective donors
The best fundraising letters leave donors better-informed than they were before they opened the envelope. They give donors more reasons to support your cause by describing how your organization helps its constituents, how a donor’s past gifts are changing lives, or in other ways reinforcing your case for support.

Appeal to their hearts
Donors give to causes that win their hearts and their minds, usually in that order. Good appeal letters stir feelings of compassion, mercy, empathy, altruism and more so that the donor identifies with your cause on more than a cerebral level. 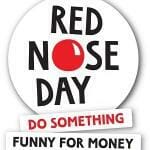 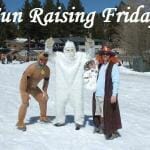 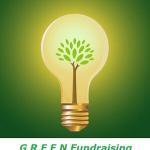