When you are mailing fundraising letters, the response rates can be misleading at times because of several variables. Has the list been culled of lapsed donors? Or, are you doing a lapsed donor appeal letter mailing? How often are you mailing to your list? 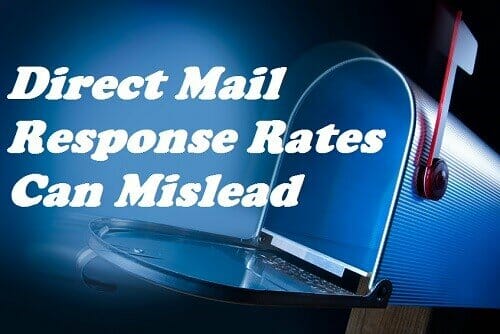 As you can see, fundraising direct mail response rates are going to depend on what your list is like, what you are mailing, and the quality of your package. So, don’t misread your response rate and draw too many conclusions from it.

Fundraising letter consultant Alan Sharpe explains why in this guest article. Read on to find out more about what a professional copywriter knows about measuring results.

I could tell you that the average temperature in the world is 60 degrees Fahrenheit. But that fact wouldn’t keep you from getting sunstroke in Cairo. Or frostbite in Tuktoyaktuk. Averages tell you only so much.Direct mail results only tell you part of what you need to know. They tell you the percentage of people on your list who responded.

That’s it. They don’t tell you if you broke even. If you made a profit. Or if the sales people who followed up on the leads closed any sales. Response rates are misleading if you read them incorrectly.

For example, I recently wrote a fundraising package for a North American nonprofit. The letter, mailed to a list of 6,850 donors, generated 35 gifts (responses). Run the numbers and that’s a response rate of half of one percent, a dismal result.

But this number is misleading because my client (against my recommendation), mailed the letter to everyone donor in his database, including lapsed donors who had not made a donation for years. So I asked my client how many active donors he had in his database.

Take the Olympic Games. When a nation applies to the International Olympic Committee, requesting that the Olympic Games be held in their capital city, they need a 100% response rate to succeed. They need one “client” to buy their proposal or their mailing has failed.

Take a magazine publisher. It mails to 500,000 names, generates only a 1% response rate, yet considers the mailing a success.

But a stock broker who targets wealthy doctors in Lower Manhattan has different expectations. His lead generation letter needs to generate a response rate of at least 25% because he only mails it to 100 doctors, and he only closes around one in every 25 doctors who responds.

A one percent response rate, even if it is an average, is of no use to him.Average response rates are useful when they are for your product or service and your target audience in particular. If you can discover the response rates that your competitors are generating by mailing sales letters to the same prospects that you are targeting, then, by all means, use those response rates as a yardstick against which you compare your results. You are talking specifics.

Some response rates for various industries.

The Direct Marketing Association (www.the-dma.org) calculated the average response rates for a number of industries:

So, when you mail to an up-to-date list and have a professional letter, you’ll want to achieve a better than 5% response rate with your fundraising appeal.

How To Boost Your Appeal Letter’s Response Rate – If you want to boost the response rate of your fundraising letters, here are 3 ways to make it happen. The first thing you need to do is offer more than just the standard donation appeal letter reply device.

Use Powerful Postscripts In Your Fundraising Letters – Ten easy ways to maximize your donation request letter response rates – Why you should also add powerful postscripts to your fundraising letters.

Eight Donation Letter Tips – Eight tips on writing a great donation letter – How to craft your appeal letter with a personal touch and increase your response rate. Always use the word you!

How To Write A Fundraising Letter – Advice and tips on what works and what doesn’t when asking for funds by mail. 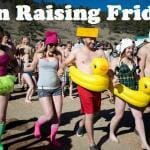 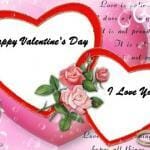 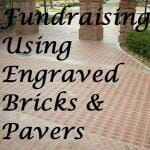