The 1999 UNC Dance Marathon organized by student Michael Bucy had only 75 dancers and raised a modest $40,000. However, it laid a solid foundation for an annual fundraising event tradition of a fun student-led effort aimed solely at helping sick children.

UNC students handle every aspect of the dance fundraiser, a massive effort involving hundreds of volunteers and loads of advance planning.

Each student dancer commits to raising a minimum of $150 for the cause. Many individuals and teams raise even more money.

All their fundraising efforts culminate in a 24-hour dance marathon where hundreds of UNC students show their support for the patients and their families by dancing and remaining standing on their feet for the entire event.

Julia Heelan and Hayley Fowler were two of roughly 1,600 UNC students on a mission to stay standing up for 24 straight hours as part of this year’s UNC Dance Marathon. Toward the end of the marathon, the two seniors jogged slowly around the running track outside the Tom Fetzer Gym where the event is held.

“I can’t feel anything at all,” senior Julia Heelan told reporters as she maintained her slow jog.

Hayley Fowler added as they slogged onward.“We’ve gotta just push through it. For the kids.” 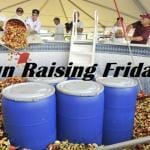 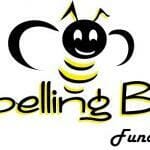 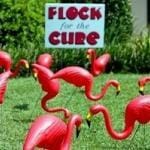