Here are some appeal letter tips from Jeane Vogel, who is a fundraising consultant in St. Louis and has written numerous donation appeal letters for her clients. Her firm, Fund Raising Innovations, specializes in developing appeal letters, grant proposals and non-profit strategic planning. 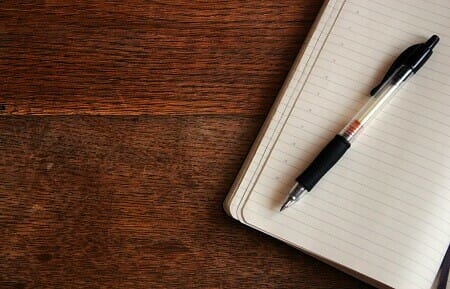 The Art Of The Appeal Letter

Whether it’s called an appeal letter, an annual letter, a membership letter or a desperate cry for help, almost all organizations have to send solicitation letters.

What is an appeal letter?
Like the Supreme Court said about pornography, a good appeal letter is hard to define but you certainly know it when you see it. An appeal letter is not a business letter or an essay. It must communicate your mission and compel the reader to invest in that mission with a check.

And it has to accomplish all that in about 500 words. The average reader will only spend two seconds reading an appeal letter before deciding where to file it: on the desk or in the trash.

Writing a compelling and successful appeal letter is an art — but lots of organizations still seem to be writing in crayon. Here are some suggestions that can move your masterpiece from the refrigerator door to the gallery wall.

Segment your list and write to the segment
Current members, large donors, prospects, one-time visitors, students, museum professionals — these are all different segments and need different approaches in the appeal letter. Divide up your list and write letters that will be compelling to each type of donor or prospect.

Don’t use letterhead that lists your board members. Use of board letterhead detracts from the letter’s message — unless you’ve got big stars whose name appeal will pull gifts.

Use storytelling
Open with an emotional or compelling story. Make it personal. A story about one item or person is more interesting than a story about an entire institution or 1,000 people.

Address only one subject, generally what the generosity of donors has allowed you to accomplish and why you need them to give again.

Keep it simple and direct
Remember Mrs. Harris in 5th-grade creative writing class? She always told you to write to your reader. And writing at the 5th-grade level isn’t a bad idea. Erudite prose might be pretty, but it won’t raise a dime if it doesn’t move your audience to write the check.

Don’t give too much information. When the letter is “newsy,” it distracts from the purpose of the letter. Give news in a newsletter. Ask for money in a solicitation letter. In fact, consider sending a newsletter about four weeks prior to a solicitation.

Repeat. Repeat. Repeat
Choose a theme and repeat it several times. It might seem that repetition would make the letter boring, but people don’t read an appeal letter from first word to last.

Create a sense of urgency, but not a crisis. Donors want to feel needed, but no one likes to try to save a sinking ship. If there’s a funding crisis, don’t mention it.

Ask recipients to give a specific amount, even if it’s a range
Don’t be afraid to ask for more than they’ve given before. You can’t get $100 from a $25 donor unless you ask. Consider personalizing the letter to thank them for the exact amount of their past gift and suggest a new — and higher — one.

Don’t beg
Check your ask for signs of “begging,” guilt for bothering the donor, or an uncomfortable tone. Think of the ask as an opportunity for the donor to be part of your exciting program. Don’t “urge” — suggest and involve!

Highlight or underline your most important points
The reader will be skimming this. What do you want them to know? (Answer: That you are successful now and their gift will make your organization even better.)

Add a P.S
The P.S. is the most often read part of a solicitation letter. “The ask” (how much you want them to give) and a restatement of your appeal should be in the P.S. A well written postscript can substantially boost the response to your letter.

Read your letter as your donor will. Skim. Let your eyes fall on the highlighted portions and the P.S. Those are the parts of the letter the average reader will see. Is your case compelling in those sections? If not, time for a rewrite.

Use an insert
Create an insert that emphasizes or supplements the information contained in the ask. This is a great place to use graphics and color. Many different kinds of inserts can work, as long as it adds to the content of the letter. The idea of the insert is to give the reader another perspective on your organization or project.

A photo essay about the project mentioned in the letter or a note from a well-known supporter are good examples of successful inserts. Be creative. Try using different sizes, colors or textures of paper for the insert. Observe the two rules of insert use: make sure it’s appealing and connected to the letter; and don’t use your museum brochure.

Limit teaser copy
Limit — but don’t eliminate — teaser copy on the envelope. “You’ve won $1 million!” We’ve all been taken in by that type of teaser copy at one time or another. The teaser copy on an appeal envelope shouldn’t be so crass. If you use it, it should compel the reader to open the envelope. Envelope: “New wing opening soon! Don’t miss the opening!” Inside the letter: you’ll miss the special, donors-only opening if you don’t make a contribution.

Mail your list regularly
Don’t just send out one letter a year. If you’re just starting out, write at least two a year to each segment. March, May, September, November and December are the best months to send general appeal letters, but your schedule may vary.

Always test
Test new letters against previously successful letters to find flaws and gems in your approach. To test, divide your list randomly. Send a letter with a track record to one portion, the new letter to the other. Send the new letter to at least 25 percent of your list — 50 percent is better. Compare the results. This is the simplest way for small organizations to test appeal letters.

Summary
Solicitation letters are popular because they work. Some boards complain that letters are expensive or not worth the effort, but they’re the best way to build a solid base of individual donors that will stay with you for years. Crafting a good appeal letter is an art that takes perseverance and creativity.

Now, throw away those crayons and start writing a masterpiece!

Jeane Vogel is a fund raising consultant in St. Louis. Her museum clients include the Saint Louis Zoo, Laumeier Sculpture Park, Campbell House Museum and Center for American Archeology. She also works with human services organizations. Her firm, Fund Raising Innovations, specializes in developing appeal letters, grant proposals and board development/strategic planning. Her chapter, “Let’s Get a Grant to Do That!” is featured in Secrets of Successful Fundraising: The Best of the Non-Profit Pros. 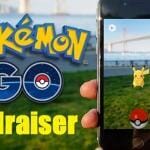 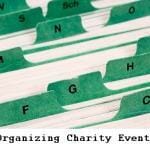 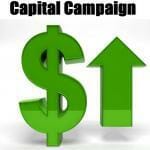